Why go vegan: what are the reasons to change today? 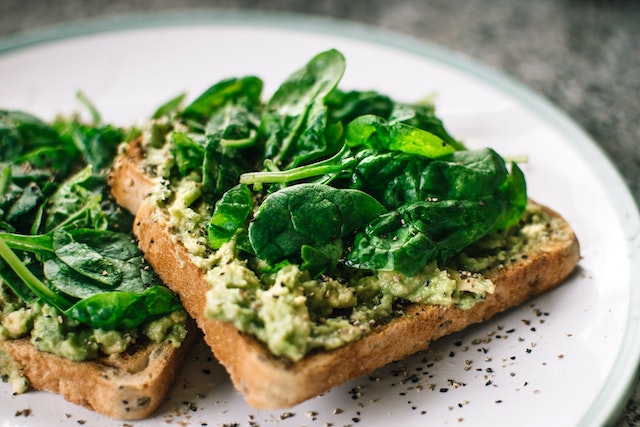 Why go vegetarian: why reducing your meat consumption is already a big step for the environment?

Having projects is very important to continue to grow and learn about ourselves and the world.

Among these life projects, becoming vegan is very interesting, in a world where animals are increasingly exploited.

In this article, I share the top nine reasons why becoming vegan is a must. Why becoming a vegetarian is too.

And the answers are worth considering carefully.

1 - Becoming vegan for the environment and the planet

Air pollution and the question of greenhouse gas emissions

Eating meat is anything but green. Consuming meat is actually one of the worst things for the planet. Indeed, producing meat, upstream, causes a lot of waste and a high level of pollution.

The meat industry is one of the main causes of climate change and greenhouse gas emissions.

Producing meat requires land, water and energy. Much more than to produce cereals. 27 kilos of CO2 are generated for every kilo of beef, for only 0.9 kilo for a kilo of lentils.

According to a 2016 Oxford study, adopting a vegan diet worldwide would reduce emissions from food production by 70%.

It's easy to see why being vegan or vegetarian is worthwhile! Among all the ways to fight against environmental pollution and climate change, adopting a vegan diet is one of the best ways. Far ahead of buying an electric car or putting energy saving light bulbs at home.

And if carbon dioxide is at the heart of the debate, other polluting gases are emitted in large quantities, such as methane, which comes from farm animals (during digestion). It is actually much more toxic and responsible for global warming than CO2.

The issue of deforestation

Raising animals to produce food is one of the main causes of the deforestation and destruction of biodiversity that we see on a global scale.

This phenomenon is particularly noticeable in South America and the Amazon, where large areas are being slashed and burned to create more and more space for agricultural production and livestock.

This problem is becoming more and more topical as the demand for meat continues to grow. It is therefore the global ecosystem that is now threatened. The industrialists, to answer this demand, systematically exploit new lands, and the deforestations are the consequence. If ecology and animals are the first to be affected, it is finally the human being who finds himself in a very delicate situation since the state of our planet is deteriorating.

With a plant-based diet, the situation would be quite different. It takes almost 20 times more surface area to produce one animal calorie than to produce one plant calorie. This difference is considerable and if humans stopped consuming animal products, industrialists would not need to look for new land to raise livestock and grow animals.

Water is also used a lot to produce animal food, especially meat. vegan waterTo grow and feed the animal, the water requirements are considerable. And this of course has an environmental cost.

If we make the comparison, a vegan dish consumes almost 70% less water than a "carnivore" dish. Again, a considerable difference!

Here is the comparison of water consumption required for one kilogram produced:

Chicken: 3,000 liters of water for one kilogram

Soybeans: 2,000 liters of water for one kilogram

Apples: 800 liters of water per kilogram

If the first consequence is the depletion of groundwater and more generally the depletion of water resources on a global scale, the quantitative aspect is unfortunately not the only one concerned.

Because of agriculture and the production of animal products, fresh water is increasingly polluted. The quality of our planet's water is therefore also at the heart of the debate, and there are several reasons for this trend. Pesticides, fertilizers as well as products that come from animal excrement (such as nitrates) are responsible.

Rivers, seas, oceans, all water on a planetary scale is now affected, while nearly three quarters of water resources are already polluted.

The disappearance of species

Industrial breeding is largely responsible for the extinction of species! Intensive farming for livestock feed is the main cause of species extinction in many countries including the United States.

If animals are threatened on earth, fish are also concerned. Fishing is thus responsible for the decrease in the renewal capacity of the fauna. Among the species commonly consumed, we note a decrease in numbers of more than 90%, a considerable figure!

Several animal species are threatened by the consumption of meat and fish.

If we make the link between breeding and fishing, we can mention that nearly 30% of fishing worldwide is used for animal breeding (fish, pigs..).

Becoming vegan for our health

Low-glycemic carbohydrates, like oatmeal, delay hunger and give our bodies more energy.

Fiber. They also contain a lot of fiber, which is essential for our health. Fiber slows down the passage of food through the stomach, making it easier to digest.

The body is also better protected from food toxins, which reduces many risks for our body, including the risk of colon cancer.

Magnesium. Nuts and seeds, which are widely consumed by vegans, are particularly rich in magnesium, which allows a better assimilation of calcium.

Potassium. Many plant foods are also rich in potassium, which stimulates the kidneys and also eliminates food toxins more easily. This is the case of lentils, which are part of the legume family.

Vitamins. If we are interested in vitamins, several plant foods are rich in vitamin C and vitamin E. This is the case, for example, with seeds, nuts and cruciferous vegetables.

Vitamin C stimulates our immune system, which helps to fight against many everyday illnesses. Vitamin E is beneficial to many parts of our body including our skin, eyes and brain.

In addition, if veganism is not in itself a source of a zen life and eternal youth, many studies prove that a vegan diet reduces the risk of diseases. In particular the risk of diabetes and cardiovascular diseases.

It also helps to fight against obesity. Another study from Oxford in 2016 proved that the adoption of a vegan diet worldwide would prevent more than 8 million deaths per year.