Being Vegan and Working Out: Drawbacks and Benefits of the Vegan Diet 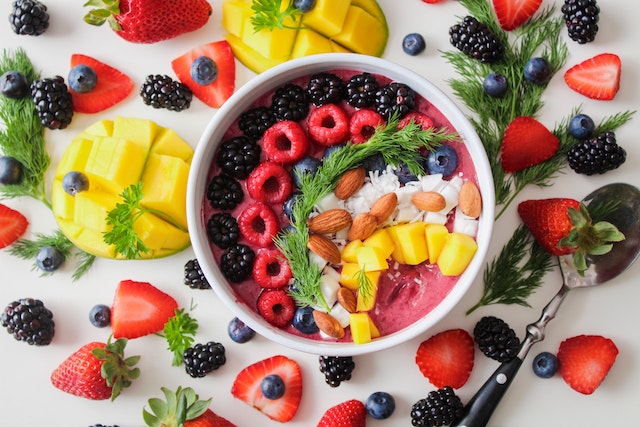 It is difficult to give a precise figure but diets are gradually changing. Every year, more and more people are turning to a diet that they believe is healthier for their health and for the environment.

These diets are not new and date back hundreds of years, but the number of people interested in them is growing rapidly. Organic products have invaded our supermarket shelves and plant-based products are becoming more and more present to satisfy the lifestyle of vegetarians, vegans and vegetarians.

Vegans exclude all foods of animal origin. This diet is therefore stricter than the previous one since it admits only foods from the plant world.

Veganism is the diet that interests us here because as a "Vegan", his lifestyle goes further by banning all animal products (meat, fish), all animal by-products (dairy products, honey, eggs) and all products resulting from their exploitation (leather, fur, silk, wool, cosmetics and drugs tested on animals). The "Vegan" therefore advocates the refusal of animal exploitation in all its forms and his actions are found daily in his plate, in his wardrobe, in his furniture or in his bathroom.

Veganism does not date from yesterday since it was popularized by D.WATSON in 1944 then in 1948 by the Vegan Society foundation in the United States.

As a sportsman, your needs in proteins and amino acids are higher than a sedentary person because they ensure the optimal repair of the muscular fibers damaged by the sports practice. On the other hand, the so-called branched-chain amino acids, the BCAAs, are used as a source of energy.

Meat contains all the amino acids in large numbers but foods of plant origin, with the exception of soy, are deficient in one or more amino acids. The solution would be to combine a food of plant origin with a cereal or a legume. An athlete who has opted for the Vegan diet must pay particular attention to his diet because amino acids are the basic constituents of proteins. Our cells manufacture them thanks to these amino acid bonds called peptide bonds.

Proteins, as we know, are useful for building and maintaining muscle mass but not only that, they are essential to life.

Today, 55% of non-vegetarians think that this diet is dangerous for their health, especially because of the deficiencies it could cause.

Disadvantages of the Vegan diet

1. In the absence of animal proteins, a supplementation in vitamin B12 is often essential in the Vegan diet.

2. Polyunsaturated fatty acids such as EPA and DHA, belonging to the omega 3 family, are provided by oily fish. In case of non-consumption, a supplementation with seaweed may be necessary.

3. As a sportsman, our body is a great consumer of Zinc and Iron. Animal products allow us to replenish our stocks, but as a Vegan athlete, a deficiency can occur.

Advantages of the Vegan diet

1. By paying special attention to their diet, Vegans generally have a better health status with a decrease in cardiovascular mortality of 34% according to some studies, compared to omnivores. This can be explained in part by a diet richer in plants. The practice of sports associated with this diet only increases its health benefits tenfold.

2.  The variety of food is beneficial to your health. The vegan will draw from cereals such as the famous quinoa, bulgur, oats, barley, millet, rye or rice. In terms of legumes, it will be beans, lentils, chickpeas and the famous tofu. Finally, the seeds occupy an important place like almonds, lupine, squash, sunflower or radish sprouted.