Foods to choose during pregnancy 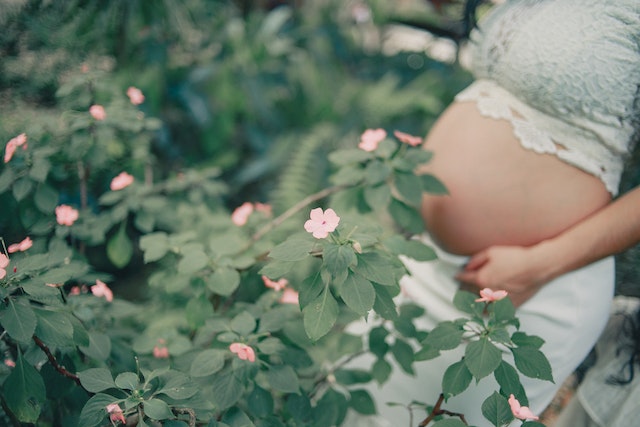 During the entire pregnancy, the baby draws from its mother's diet all the elements it needs to develop properly: proteins, sugars and fatty acids, vitamins, trace elements, antioxidants, etc. Eating well during your pregnancy is in a way the first care you can give your baby.

A true health food, fish contains all the substances that are needed during pregnancy and that are absolutely essential for the proper development of the baby: iodine, iron, selenium, vitamin D, vitamin B12 and especially Omega-3.

The fattest fish are the richest in Omega-3 and participate greatly in the development of the cells of the eyes and brain of the fetus.

During your pregnancy, opt for fatty fish, and to avoid the accumulation of mercury, prefer small or medium-sized fish - those at the beginning or in the middle of the food chain - such as herring mackerel, fresh sardines or anchovies for example, but also trout, eel, sole, sea bass, turbot, pollack, cod, perch, mullet, sea bream, red mullet, hake, whiting, flounder, salmon, etc.

On the other hand, avoid large predators, which are at the end of the food chain, such as tuna, shark and swordfish for example, which are too rich in mercury.

Ideally, eat fish twice a week, once of which should be fatty fish.

Pulses, also known as dried vegetables, also have undeniable nutritional benefits and are essential during pregnancy. Rich in proteins and essential amino acids, fiber and minerals, they are also a precious source of Vitamin B9 (also called folic acid or folates), this famous essential vitamin that is involved in the closure of the neural tube (future spinal cord) of the embryo.

Legumes are also rich in phytic acid which makes them quite difficult to digest. To take advantage of their health benefits and make them more digestible, two tips:

Soak them overnight in cold water with a squeeze of lemon

Add a teaspoon of baking soda to the cooking water.

They often have a bad reputation and yet they are absolutely essential to the proper functioning of the body and are essential during pregnancy to ensure the proper neurological development of the future baby and its visual maturation.

To bring the balance in essential fatty acids, Omega 3/Omega 6, the ideal is to consume 1 tablespoon of a mixture of olive oil - oil rich in Omega 3 at noon and the evening.

The oils richest in Omega 3 are the following:

Perilla oil: the richest vegetable oil in omega 3 in the world with its 65%.

Flaxseed oil contains more than 50% of Omega-3 but should be consumed with moderation by pregnant or breastfeeding women (but also by children and teenagers) because of its phytoestrogenic content.

Health food par excellence, fruits and vegetables allow you to fill up on vitamins, minerals, fiber and antioxidants.

To take advantage of all their nutritional benefits, it's important to choose them fresh and in season. Vitamins and fibers are best preserved when fruits and vegetables are served raw. For starters, choose a plate of raw vegetables (carrots, tomatoes, salad, mushrooms, zucchini tagliatelle, etc.), and for dessert and snacks, always choose a whole raw fruit instead of a compote or a baked fruit, for example.

For cooked versions, whether vegetables or fruit, the gentlest cooking methods should be used in order to preserve vitamins, fibers and antioxidants: in the oven at a medium temperature, in the frying pan or in the wok. However, avoid boiling food in too much water.

Foods that are forbidden during pregnancy

If some foods are to be favored because of their nutritional benefits, others should be avoided or even forbidden during the entire pregnancy because of the risk of food poisoning that can be dangerous for the baby.

Raw meat, fish and raw seafood that can lose responsible for listeriosis or toxoplasmosis, very serious for the child. It is the same for sausages, smoked, raw, marinated, including rillettes, pâtés, terrines and foie gras.

Raw eggs: they should also be avoided during pregnancy because of a well-known risk of poisoning: salmonellosis. Always check the composition of all desserts. Chocolate mousses, pastries with cream, but also ice cream contain raw eggs for example.

Raw milk cheeses, bloomy rind cheeses as well as blue-veined cheeses such as Roquefort or Bleu d'Auvergne, but also products bought by the slice because of the risk of listeria.

Alcohol should not be consumed during pregnancy because of its direct deleterious effects on the fetus and the baby, in the short and long term.

Finally, soy-based foods (bean sprouts, tofu, tempeh, seitan, yoghurt and soy milk) should be avoided or at least consumed in moderation because of the photo-oestrogens, which are supposed to be endocrine disruptors.